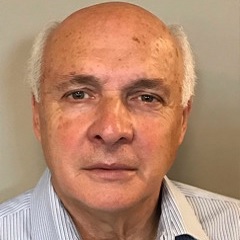 Jim Gallant is a retired Inspector: ATC Evaluations and Investigations for NAV CANADA with almost 38 years in the aviation environment. Prior to his appointment to inspector in 2005, Jim was an operational supervisor and controller at the Moncton Area Control Centre. Jim began his air traffic control career with the Canadian Armed Forces, serving with dual qualifications as an Airport and a Terminal controller. After five years in the military Jim transferred to Transport Canada and served in various positions while retaining his operational qualifications as an Enroute controller. Jim was also an instructor, a project team leader and training supervisor throughout his career in Moncton ACC. Following the transfer and privatization of Air Navigation Services from Transport Canada to NAV CANADA in 1996, Jim designed, developed and implemented several training manuals and programs for supervisors, on-job-instructors and new controllers. For his work in advancing training, Jim received the NAV CANADA Chairman's Award for Employee Excellence.

As an inspector, Jim conducted unit evaluations of many NAV CANADA air traffic control facilities and investigated numerous incidents in all regions of Canada. Jim was also certified as a NAV CANADA observer with the Transportation Safety Board and a participant in several safety conferences involving other groups including the Nuclear Power Commission, the RCMP, the military and the construction industry.