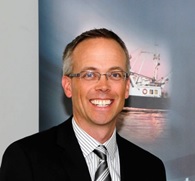 Jonathan (Jon) Lee has been an aircraft accident investigator instructor for SCSI since 2011. His primary employment is with the Canadian government as an air safety investigator and the regional manager for the western Canada office located in Edmonton, Alberta. He has worked as an aircraft accident investigator since 1999 and has been the manager at the Edmonton office since 2004. He has been involved in over 50 investigations as Investigator-In-Charge (IIC) or 2IC where a report with findings as to cause and contributing factors has been issued. Jon has had the fortunate opportunity to represent the Canadian government by participating in foreign investigations that involve Canadian aerospace products and has worked with the NTSB (USA), ASC (Taiwan), AAIRB (Korea), AAIB (Singapore), AAIB (Mongolia), BFU (Switzerland), and AAIB (Finland).

Prior to accident investigation, Jon gained industry experience as a pilot in various types of operations from regional airlines to transcontinental cargo to MEDEVAC and flight instruction. He has flown over 35 types of aircraft and has accumulated 6500 flight hours. He maintains a valid and current Airline Transport Pilot License.