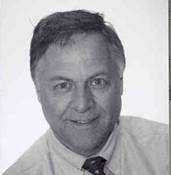 For over 10 years, he served as an Aviation Safety Inspector with Transport Canada, and in that capacity, he conducted Research and Development of new Safety and Awareness Programs based on identified incident trends. He was also a Risk Management facilitator for Transport Canada reporting system for the Atlantic Region and served as the Minister’s Observer on a number of high profile aircraft accidents, most notable being the SWR111 accident September 2, 1998 and the MK 1602 Cargo B747 accident in Halifax 2004. He also provided Safety and Security guidance within the Atlantic region during the 9/11 events.

During his tenure with the Transportation Safety Board, Canada, he completed a 14-month assignment as an Accident Investigator. He conducted investigations relating to aviation accidents, and his duties included accident investigation and determining the effectiveness of company Safety Programs.

Prior to that, Mike was Manager of the Halifax Flight Information Center in Canada. He was responsible for a large geographic area within Atlantic Canada providing weather briefing services for low-level, mid-level and high-level domestic and International flights using the full range of meteorology products and Satellite and Radar imagery. He provide flight planning services to both domestic and international flights. His other duties related to air-ground communications and airborne emergency services, airport operations, medevac, and search and rescue activity. He also assisted in the development of emergency response programs for offshore oil exploration.

Prior to that, Mike worked as a Flight Service Specialist at Halifax International Airport, where his duties included air-ground communications, emergency services, domestic and international weather briefing and flight planning services and airport operations. He also assisted in recruitment programs and the development of refresher and recurrent training.

Member of the International Society of Air Safety Investigators (ISASI).

Served as a member for Civil Air Search and Rescue for 25 years.

Member of the Canadian Owners and Pilots Association.