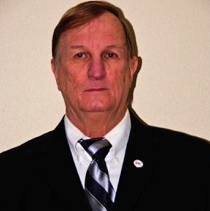 He brings an unbridled passion and enthusiasm for aviation and aviation safety to SCSI after 40+ years working on the most advanced commercial and military jet engines for Pratt & Whitney.  He is noted as an expert in all aspects of jet engines from the design, manufacturing and testing phases.

He was associated with many great jet engine advancements from the F15 Streak Eagle program in which the USAF's frontline fighter swept away eight previous time to climb records including climbing to over 98,000 feet in under 3 and a half minutes to the unmanned aircraft of the future.

28 of these years were engine development and test for several flight test programs where among other programs he was the F100 engine flight test director at Edwards AFB for the USAF's F15 and F16 and for NASA's F15 ACTIVE program and the F16 VISTA programs. The F15 ACTIVE was equipped with two engines that incorporating fully axisymmetric exhaust nozzles which when combined with its canards give the aircraft amazing controllability.
He has experience with even today’s front line fighter engines powering the F22 Raptor, the F35 Lightning II and the Navy's UCLAS unpiloted drone the X47.
Tom spent his last 12 years working in conjunction with USAF’ s top engineers  at the USAF engine overhaul and repair depot at Tinker Air Force Base  Oklahoma City where he was Pratt and Whitney’s  resident turbine engineering representative  He worked closely with USAF engineers, their leadership and the production floor, all while developing new procedures and new tooling to increase safety and throughput as well as new repairs for highly complex hardware to restore serviceability, reduce cost and increase reliability.

He worked hundreds of engine related failures and incidents during his career and he brings this analytical ability to SCSI.
During all of this time Tom has travelled the globe working alongside engineers and technicians ranging from the USA to Europe, the Middle East, the Far East and Southeast Asia.

He is a certified instructor for Pratt & Whitney and certified crash investigator and has taught at many USAF base locations domestic and international and at several International Air Force bases.

After retiring from Pratt and Whitney he joined Aspen Technology LLC to work on advance technology for the USAF’s Research Laboratory additive manufacturing programs for current and next generation aviation material production.

Now he brings all of this expertise and passions to SCSI. Come catch his enthusiasm for jet engines and become a great investigator through SCSI.